What Is Friction Stir Welding? 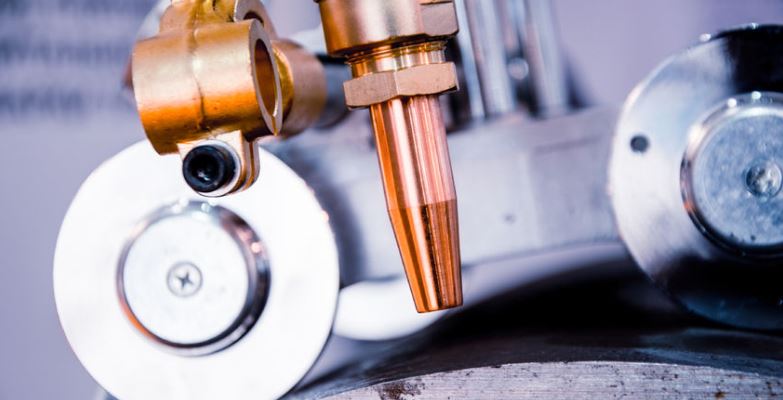 There are a lot of choices when it comes to welding. Knowing which technique will work best with a particular application will go a long way towards ensuring the success of your project. That’s why it’s important for manufacturers and producers to know as much as possible about the various welding options available to them and which work best with which materials. For this reason, today’s post focuses on friction stir welding.

Friction stir welding is the name for a solid-state joining process. Its main use is to join two facing workpieces without melting the workpiece material through the use of a non-consumable tool. The necessary heat is generated thanks to the friction between the rotating tool and the workpiece material. This leads to a softening of the material near the tool and the mechanical mixing of the two pieces of metal. The method is mainly used with wrought or extruded aluminum for applications that require a very high weld strength. Industries that typically use friction stir welding include modern shipbuilding, trains, and aerospace.

What Did The Development Of Friction Stir Welding Mean For Manufacturers?

Compared to how long manufacturers and designers have been using aluminum, friction stir welding has a relatively short history. It was first developed in 1991 at The Welding Institute (TWI) in Cambridge, England. They patented the process and then made it commercially available with machines from ESAB Welding and Cutting Products of Laxa, Sweden.

Previous to its development, conventional friction welding was limited to rotary motion or linear reciprocating friction welding processes. The former requires at least one of the pieces to be rotated as it is joined, meaning that only regular shaped components can be welded in this manner. It was mainly used on short tubes or round bars that possessed the same diameter.

Similarly, for the linear reciprocating process, the parts being joined also need to be moving. In this case, straight-line back and forth motion between the two parts generates the necessary friction. While this allows for a greater variety in the shapes being welded, the motion of the parts is the great limiting factor. For these reasons, the development of friction stir welding allowed for much greater flexibility in the aluminum parts that could be conceivably joined in a production setting. The process can be used to fabricate butt and lap joints, with variety thicknesses and lengths.

How Does Friction Stir Welding Work?

In the friction stir welding process, the required heat is generated through rubbing the tool on the material that is intended for joining. As the tool rotates, it creates volumetric heating for a continuous joint. As with other types of friction welds, friction stir welding is solid state, meaning the joined pieces are not susceptible to solidification related defects common in other fusion welding processes.

What’s happening at the microstructure level is that several distinct zones are being created. The stir zone consists of heavily deformed material in which the grains have been roughly equiaxed so that they are an order of magnitude smaller than the original grains. The stir zone can be identified by several concentric rings, known as an “onion-ring” structure.

Meanwhile, the flow arm zone exists on the upper surface of the weld. It is made up of material that has been dragged by the shoulder from the retreating side of the weld, around the rear of the tool, and then deposited on the advancing side. On the sides of the stir zone is the region known as the thermo-mechanically affected zone. Due to the strain and temperature being lower, there is less deformity and the materials are more recognizable as the parent material.

The heat-affected zone (HAZ) is the part of the material that is not deeply altered during the welding process, but which still shows the effects of the high heat involved. Although this region is actually less affected by the process, in particular for age-hardened aluminum alloys, it may in fact result in the poorest mechanical properties.

What Are The Advantages And Disadvantages Of Friction Stir Welding?

Because of its solid-state nature, friction stir welding offers a number of advantages over the previous fusion welding techniques. For example, since there is no cooling from the liquid phase, manufacturers don’t need to worry about porosity, solute redistribution, solidification cracking, or liquation cracking. As a general rule, friction stir welding produces a low concentration of defects, making it very tolerant to various parameters and materials.

Another advantage that many welders point to is the improved safety thanks to the lack of toxic fumes or molten material. There are also no consumables, as the welding tool must be of a non-consumable nature. As an example, a threaded pin consisting of hardened H13 can weld over a kilometer of aluminum, all without the need of any filler material.

There is also greater flexibility possible with friction stir welding. The machines can be easily automated and do not require a great deal of technical training, lowering set up costs. There is nearly an unlimited number of positions that can be utilized, and the resulting weld is well-formed and not overly unattractive, decreasing the amount of machining that must be performed afterwards. Thinner materials can be used as well. All of this means that the environmental impact is lessened compared to other welding methods.

There are, however, certain drawbacks. Fortunately, many of these disadvantages are overcome with experience. For example, if the welder uses an insufficient weld temperature, whether because of low rotational speeds or high traverse speeds, the weld material will not fully take the weld, with the possibility of long defects running the length of the join. This and other typical mistakes in the welding can be extremely difficult to detect, even when using x-ray or ultrasonic testing. This means that it is important to have an experienced welder perform the required tasks. Fortunately, these mistakes can be easily avoided with the right training.

Friction stir welding offers a cheap, effective option for your aluminum welding needs. At Clinton Aluminum we strive to help manufacturers develop processes and select materials that will maximize their competitiveness and delight their customers. Our staff averages nearly 13 years at Clinton, one reason we are recognized as the Midwest’s leading supplier of aluminum and stainless steel products. Contact us today for more information.