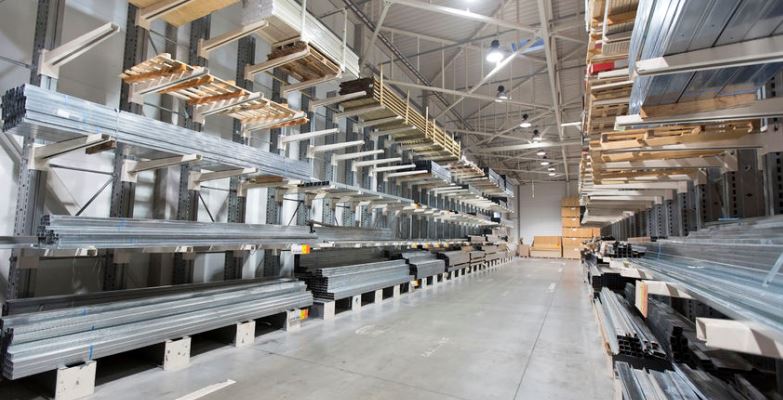 Since it first became feasible to work with at an industrial scale, aluminum has become an integral material for all types of manufacturing, construction, and design jobs. Its superior properties make it a nearly ideal choice for a host of applications, and more and more companies are turning to various alloys as the latest developments in quality and versatility revolutionize what is possible with aluminum.

Why Wasn’t Aluminum Popular Much Sooner?

Despite being a chemical element (known by the symbol Al and atomic number 13), humanity was unable to use aluminum throughout much of history, unlike other metallic elements, such as iron, gold, and copper. In fact, it was not even discovered until the 1800’s. This is despite the fact that by mass, aluminum makes up approximately 8% of the Earth’s crust and is the third most abundant element after oxygen and silicon and the most abundant metal.

This is because aluminum is so chemically reactive that pure aluminum is rarely found in nature and is limited to extreme reducing environments. Instead, aluminum can be found combined with over 270 different minerals. Pure aluminum, though rarely seen, is silvery-white, soft, nonmagnetic, and ductile. The most common ore is named bauxite, which was discovered by a French geologist named Pierre Berthier in 1821.

At about the same time, chemists and geologists were working with a compound named alum, which had been known about since antiquity. By the late 1700’s, scientists strongly suspected that there was a hidden metal that existed within it, but no one had had any success isolating it. Finally, in 1825, Hans Christian Oersted, from Denmark, became the first person to produce even a small amount of pure aluminum.

Over the next two decades, scientists developed better techniques for producing aluminum samples and were able to begin examining its basic properties. Their gradual advances meant that in the period from 1852 to 1859, the price of a kilogram of aluminum dropped from 1200 dollars to 40 dollars. It was now possible to think about the commercial utilization of aluminum.

By 1888, Charles Martin Hall established the Aluminum Company of America (Alcoa). The age of cheap aluminum was officially here, and it would change the world.

The Most Attractive Aspect Of Aluminum Is Its Strength

From the very beginning, scientists recognized that aluminum was lightweight. That in and of itself was not particularly amazing. It was only when experiments revealed that despite being so light, it was amazingly strong that the true potential for aluminum to revolutionize industry revealed itself.

Despite being one-third the weight of steel, aluminum alloys can often be just as strong, or in some cases stronger. As aluminum was experimented with, different mixtures of additives, such as silicon, magnesium, and copper, increased the strength-to-weight ratio of aluminum, to the point where certain aluminum-zinc alloys are among the strongest alloys available on the market, making them extremely popular in industries such as automotive and aerospace, where reducing weight while maintaining strength and integrity is integral.

Furthermore, an added advantage of aluminum is that it can be strengthened even more with techniques such as hot or cold rolling. For instance, aluminum can be strengthened by putting it through a heat-treating process and then cooling it immediately. Another option is to cold work the aluminum, such as rolling, stretching, forging, or drawing. These treatments increase the strength of the finished aluminum.

Today there are certain 7000-series alloys that have achieved strength ratings greater than 72,000 pounds per square inch. That would be enough for a 1-inch aluminum wire to suspend 36 tons!

Aluminum Is More Than Just Strong

In addition to its amazing strength-to-weight ratio, aluminum also offers many other tremendous properties. One of aluminum’s other benefits that has led to its popularity is its amazing corrosion resistance. This is due to a natural process known as passivation, which involves the natural formation of a protective covering around the metal. That’s why aluminum is so commonly used in extreme environments, including with marine applications. Certain surface treatments are able to further extend its resistance, such as anodizing.

More key attributes of aluminum are its thermal and electrical conductivity. By mass, aluminum is nearly twice as effective as a conductor as copper. As such, aluminum is commonly found in power transmission cables and other applications where conductivity, combined with a lightweight, is a must. Aluminum is also good at transferring heat, one of the reasons it is so popular in consumer electronics. In addition, aluminum also reflects light very efficiently, and is thus used on bicycles, automobiles, and other surfaces where low-light visibility is a must.

Another beneficial feature of aluminum is its recyclability. In this day and age, efficiency has become a prime concern, both in terms of reducing costs as well as lowering the environmental impact. Because unused aluminum can be reincorporated into the production process, there is much less waste on a job. Furthermore, finished products, such as aluminum cans, can easily be reused or recycled after they have been discarded.

Finally, aluminum is also prized for a host of other advantages, including its ductility, its formability, and its uniform quality. Aluminum is odorless and impermeable, making it popular in the food and beverage industry. It is non-sparking, non-combustible, and non-magnetic. Because it is virtually seamless, designers have a lot of freedom working with it, while the metal is also praised for its aesthetic appearance, which helped usher in the art-deco style and has left a huge impact on modern architecture and design.

What Industries Commonly Rely On Aluminum?

The list of products that feature aluminum alloys in one form or another is long. It includes food and beverage cans, kitchen utensils, electrical cables, consumer electronics, bicycles, and mirrors. Aluminum is the second most common material found in automobiles, and it has also revolutionized the aerospace industry, both for aircraft and spacecraft. It is also featured prominently in some of the most iconic buildings and skyscrapers around the world.

Whether you know it or not, aluminum is everywhere around you. And for more than fifty years, Clinton Aluminum has been working with manufacturers to provide the right alloys to meet their needs. Contact us today to learn more about our offerings.